It’s been a while since I last wrote a ‘top 5 books I want to read’ post and I had really missed those, because I love talking about books I really want to read, especially when it comes to classics. Now that I’m almost on holidays, I have way more time to read classics and I couldn’t be happier about that, I feel like I haven’t read that much of them this year (sure Lucie, you managed to read War and Peace, Middlemarch and Shirley, which were quite lengthy ones, and others). So today, I’m here to talk to you about those I desperately want to read; funnily enough I found two of them second-hand yesterday, when that post had been drafted for a week.
Mary Barton by Elizabeth Gaskell (1848)
It has occurred to me that I haven’t read anything by Elizabeth Gaskell since Victober 2017 and I’m a bit mad at myself for that, especially since I have so little of her novels left to read (Mary Barton, Sylvia’s Lovers and Cranford, but I never know if that one is considered a novel or not). Granted, I also have her biography of Charlotte Brontë and some of the novellas and short stories left after that, but still, it’s not the same. Anyhow, Mary Barton was Gaskell’s first novel and I’m so looking forward to reading it. The main character, Mary, rejects her working class lover Jem Wilson, thinking of marrying Henry Carson, the mill-owner’s son, in the hope of making a better life for herself and her father, a trade unionist. But when Henry is shot down in the street and Jem becomes the main suspect, Mary finds herself painfully torn between the two men. It sounds so good and I still can’t believe I found the Penguin English Library edition of it (see the picture at the beginning of the post), as it’s out of print!
The Mill on the Floss by George Eliot (1860)
I recently read Middlemarch by George Eliot and adored it so much that I’ve been thinking about picking up the rest of the author’s works. I had heard from several readers that The Mill on the Floss was more approachable than Middlemarch, but I got through that one, so I’m confident I’ll enjoy the first as well. The Mill on the Floss follows Maggie Tulliver, who is always trying to win the approval of her parents, but her personality often brings her into conflict with her family. It is said to have an interesting portrayal of sibling relationships, which is one of my weaknesses in literature and that it’s considered George Eliot’s most autobiographical novel. Moreover, I’ve heard such amazing things about the heroine of this novel and I cannot wait to meet her. By the way, have I mentioned that I’m planning on getting the Penguin English Library edition? It’s absolutely gorgeous, but no one is surprised.


Let’s take a moment to stare at it: 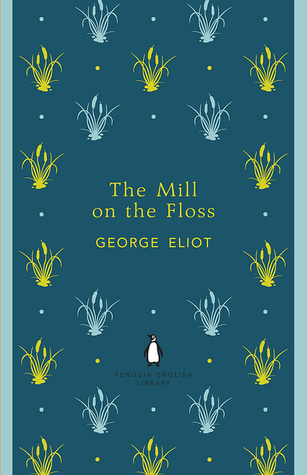 L’Œuvre by Emile Zola (1886)
You might not know that about me, but Emile Zola is one of my favourite French writers. I have a very special relationship with L’Œuvre (The Masterpiece in English), because I’ve been meaning to read it for almost nine years, ever since we had to imagine what happened after one of the scenes for a class. Yet, I never got around to read it, still telling myself, years after years, that I needed to get to it. This summer, I have no more excuses, because I borrowed my grandmother’s copy and I can’t wait to finally know what happened after that scene. L’Œuvre is the story of a young artist moving to Paris to find success and is conquered by the flaws in his own genius. While his childhood friend becomes a successful novelist, the artist’s originality is mocked at the Salon and he gradually turns to a doomed obsession with one great canvas. It is said to be a quite autobiographical novel for Zola and to provide unique insight into Zola’s relationship with the painter Cézanne.
The Woodlanders by Thomas Hardy (1887)
I haven’t read anything by Thomas Hardy since The Mayor of Casterbridge in February (which was amazing) and I really miss his writing, so I have to read as many of his works as possible this summer, starting with The Woodlanders. This one narrates the rivalry for the hand of Grace Melbury between a loyal woodlander and a sophisticated outsider. According to the Penguin Classics edition, The Woodlanders, with its thematic portrayal of the role of social class, gender, and evolutionary survival, as well as its insights into the capacities and limitations of language, exhibits Hardy’s acute awareness of his era’s most troubling dilemmas. It sounds amazing, as all of the works of Thomas Hardy that I’ve read so far, I cannot wait to get to it.
Frenchman’s Creek by Daphne du Maurier (1941)
Last but not least, we’re leaving 19th century to move on to modern classics and Daphne du Maurier, as always. I adore Daphne du Maurier, both as a writer and as a woman, she’s one of my biggest inspirations. Frenchman’s Creek is the only one of her most popular novels I have left to read and I’m so looking forward to it, I have missed Cornwall, her words, her characters and the atmosphere she always manages to create. It’s going to be my sixth novel by her, then I’ll try her short stories, because I’m so curious about The Birds! In the meantime, this novel follows Lady Dona St Columb, who seems to be involved in every intrigue of the Restoration Court, but she secretly despises the Court life. She retreats at her husband’s Cosnish estate, but it used to be the base of a French pirate, hunted down by all Cornwall. Upon meeting him, Dona’s thirst for adventure has never been more aroused and together they embark on a quest, which will force Dona to make the ultimate choice, between sacrificing her lover to death, or risk her own life to save him.
That’s it for the classics I want to read the most this summer! I also want to read more French literature once again, The Three Musketeers (Les Trois Mousquetaires) by Alexandre Dumas and Guermantes’ Way (Le Côté de Guermantes) by Marcel Proust are also patiently waiting for me, but I’ve mentioned them on other ‘top 5’ posts and I haven’t forgotten about them.


Are there any classics you want to get to this summer?
Lots of love,
Lucie
Advertisement