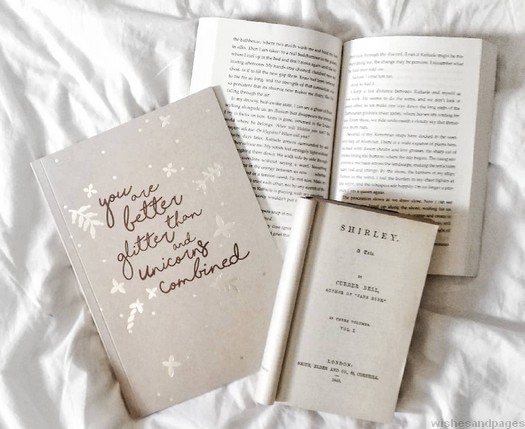 With the beginning of a new year, I realised there were so many books I wanted to read in 2018. Making lists of them motivates me a lot to read them, that’s what I’ve done twice in the past on my blog; I actually read all of the classics on the first list and I’m still making my way through the second one that focused on 20th century literature. As I last did one of those in November, I thought that doing one at the beginning of 2018 would be perfect to get through all of these books. Once again, you will notice a trend in the books I want to read the most in 2018: all of them are quite lengthy as I’ve been meaning to get to all the big books I have never read and I am so excited! As a matter of fact, War and Peace would have been first on the list, but it was the very first book I read in 2018 and I’m sure it will shape my reading year.

Side note: I’m going to scream that I really dislike Napoléon a little too much in this post, I don’t know how it happened, but now you’ve been warned.

I will confess that I was first attracted to Middlemarch for its cover, as it is one of the most beautiful covers in the Penguin English Library collection (everyone knows I am completely obsessed with it). After doing some research, I discovered that George Eliot was considered to be one of the greatest English writers and she seemed to have led quite a life. Middlemarch is set in a provincial town and is about diverse lives and changing your fortunes within your community. I am not sure if it’ll be my very first George Eliot, as The Mill on the Floss has been eyeing me a lot and I’ve seen people saying it was easier to start with that one, but we’ll see. In any case, I am so looking forward to discovering George Eliot’s writing in 2018!

If there was one book I could buy right now, it would be this one. It is set during the Napoleonic Wars, so I will cry a lot* because I truly don’t like Napoleon (and I’m French…), but it’s about two magicians who reveal themselves when people thought magic was long dead in England. They join forces in the war against France (yayyyy, let’s defeat Napoleon! Okay I’ll stop), but one of them is drawn to more perilous forms of magic, which is straining his relationship with the other magician. *dramatic music playing* A book set in the 19th century with magic is my kind of thing and I’ve only heard amazing things about that one. Besides, I’ve heard that it almost reads like a history non-fiction book, I need it even more.

*I like being overdramatic, as I know it’s set during that time period, I’m prepared and, in any case, I’m so siding with the English for that.

3. The Three Musketeers by Alexandre Dumas (1844)
The reason I still haven’t read The Three Musketeers is quite stupid and presumptuous, I have to say. I studied history for three years and one of my professors criticised The Three Musketeers a lot, because it was set in the era he was teaching us – he also hated Napoléon, and that however, I’m completely here for – and after some time, I didn’t want to read this book anymore, since I knew so many things about the reign of Louis XIII. As a matter of fact, I didn’t read a lot of historical fiction when I was studying history, because I would have yelled at any inaccuracies (that’s the curse of history majors really). However, I’ve thought of the book a lot lately and talked about it in several conversations on bookstagram, which made me realise that yes, some of Dumas’ choices might pisses me off in his historical interpretations, but I really want to read it anyway, because it sounds so entertaining and it would make me see how that part of French history was seen in the 19th century. I also read one of Dumas’ lesser-known novels in high school, Pauline*, and I had absolutely loved it, so it’s time for me to discover the rest of his works.
*I’m not sure if that one has been translated into English, but I adore it and it has Gothic elements, I definitely recommend that one!
4. A Game of Thrones by George R.R. Martin (1996)
I’ll confess it straight away: I’m up to date with the show, but I still haven’t read any of the novels. Oops? To be honest, the A Song of Ice and Fire series has always intimidated me, I was scared I wouldn’t like it and I told myself the show would be enough – as I’ve had my ups and downs with it – until I decided lengthy books didn’t scare me anymore and realised that I would have to wait two years for the last season (I loved seasons 6 and 7 so much and I need more). I’ve seen many people saying the show had erased some characters they loved, that they were better (of course!) and eventually, I got convinced. I think that it’s been a while since I read epic fantasy, and I truly miss it. I adore the world I have seen in the show and I really need to see more of it, so this is it, 2018 is the year I will read the A Song of Ice and Fire series (but I only put A Game of Thrones on the list, one book at a time haha).
5. Shirley by Charlotte Brontë (1849)
I’ve only ever read Jane Eyre by Charlotte Brontë, but never got around to read the rest of her novels. Last year, I read both Agnes Grey and The Tenant of Wildfell Hall by Anne Brontë and told myself 2018 would be the year I read the rest of Charlotte’s novels (which means I’ll also get to Villette and The Professor soon). I didn’t know where I would start, even though I’ve owned a second-hand copy of Shirley for the past two years (bless my mom for finding me this one), until my favourite BookTuber Lucy @ Lucy The Reader read it and it became her favourite book. Truth be told, I don’t want to know too much about this one*, I know it’s by Charlotte Brontë and that Lucy adored it, that’s all I need to finally jump right into it.

*I actually do know it’s set during the Napoleonic wars, which is ironic as you’ve gotten it, I don’t like Napoleon, but this time period is so interesting in other countries (I’m so sorry for all the anti-Napoleon comments haha).

Have you read any of these books? Which books are on your reading bucket list for 2018?